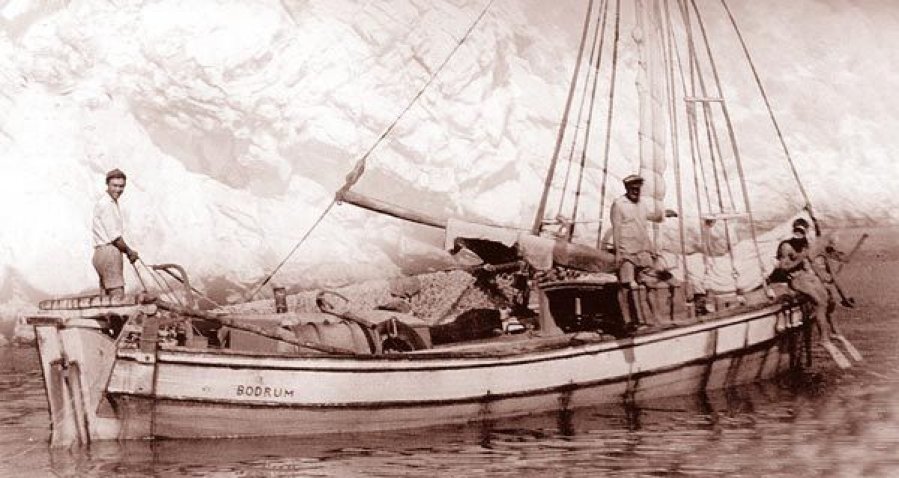 A gulet is a small, traditional cruising vessel, which is hand-crafted in wood and usually has two or three masts. There are differing opinions and controversy surrounding the origins of the design of the boats and even the name “gulet”, so we’ll do our best to present the most popular versions here! 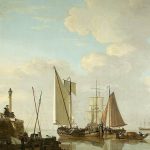 One common theory is that the design of the gulet comes from the schooner, which was used on the Aegean and Mediterranean shores. It is not 100% sure where schooners were themselves originally designed and built, but the earliest illustrations of schooners are from Amsterdam around 1600. However, it seems very likely that the word “gulet” comes from “gouëlette”, the French word for schooner. The Turkish gulets evolved over the centuries and although they were originally used for fishing and sponging along the Turkish coast, these boats found themselves reborn in the 1970s.

No history of Blue Cruises should omit mentioning two important Turkish literary legends: Azra Erhat and Sabahattin Eyuboglu. Both Eyuboglu and Erhat had been on a cruise in 1945, with several other writers, around the Aegean, where they were all blown away by the beauty they saw. On this trip Eyuboglu coined the term Mavi Yolculuk (translates as Blue Voyage or Blue Cruise). Erhat wrote a book called Mavi Yolculuk (Blue Voyage), published in 1962, which contained beautiful descriptions of the coast and life on these fishing/sponging boats. This book became a Turkish classic and arguably started the demand for this type of voyage for tourists.

The classic design of gulet that is in the Go Sail Turkey fleet is often known as the “Bodrum-type” gulet, due to its use as a sightseer carrier in the early 70s as tourism started its rise in that city off the back of Erhat’s popular book.
This development in tourism caused the growth of the boat construction sector, particularly for the Bodrum-style gulet made by the local boat masters, which increased the interest in such types of boats.

Gulets these days have evolved beyond recognition as regards modern onboard facilities, yet they have still kept the classic shape and form of their Bodrum forefathers.

The biggest change is that they are now equipped with motor engines (rather than sails), which means they require fewer crew, don’t need to rely on weather conditions and have better range. In addition, they have large freshwater tanks, comfortable seating, combinations of double/twin/triple cabins and indoor lounges.

While those are nice developments, the most striking extra facilities provide much more comfort and convenience: well-equipped kitchens, onboard bars, ensuite WC/shower rooms as standard, and air-conditioning. 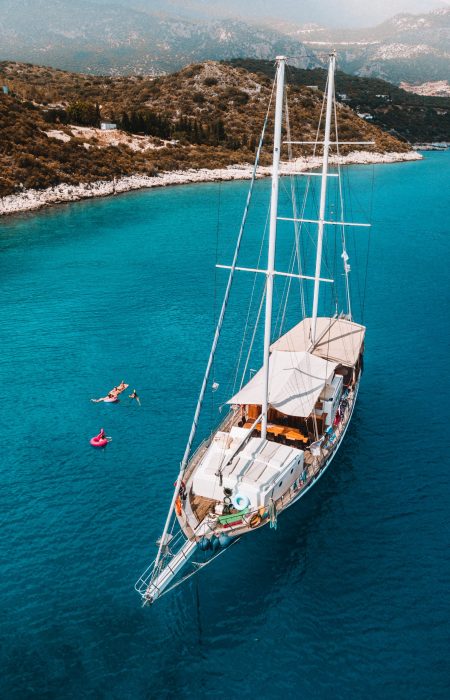 One of the most contentious issues is the fact that Go Sail Turkey gulets do not come as wi-fi as standard. Why’s that? Isn’t wi-fi an expected standard feature of accommodation these days?

A number of years ago, we experimented with wi-fi routers onboard and found that it caused more issues than it solved as we had several complaints per cruise regarding poor reception, bandwidth, dropout etc. Unfortunately, this was out of our hands as the boats often dock in secluded bays and cruise through areas with poor reception.

Due to the above issues with shared routers, we noticed that guests had better reception individually when they used their own roaming or purchased Turkish SIMs. So this is a good solution and stops us being blamed when reception is poor!

Digital De-tox
We also get hundreds of comments per year saying that guests loved the experience of having a “digital de-tox” and simply getting back to more of an organic trip experience. However, we understand that some people may not want that de-tox, or may need to be online frequently for work reasons. Therefore, we find the individual choice to go on roaming or use a Turkish SIM works perfectly!

PrevPreviousGo Sail Turkey Magazine: What kind of food is served on board my boat?
MAGAZINE HOME

be a part of something great

take the first step.
decide your dates.
we will do the rest. 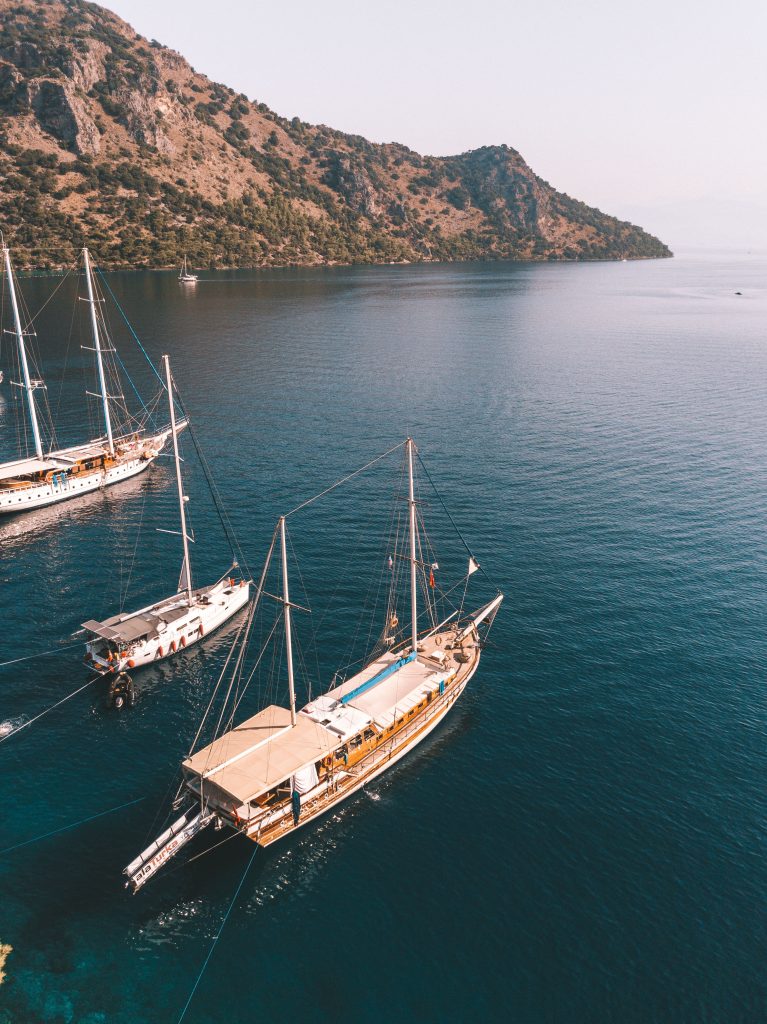